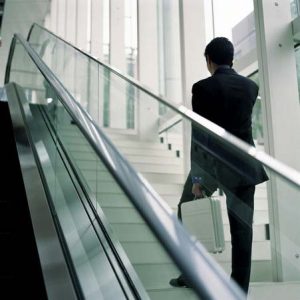 Our partners are highly skilled and experienced attorneys with over twenty years of combined experience in assisting U.S. clients as well as foreign entities conducting business along the Pacific Rim. Our attorneys have command of Mandarin Chinese, Cantonese, Shanghainese, Korean, Spanish, and Portuguese, as well as English. The following is a brief profile for each of our partners and attorneys.

Mr. Lee specializes in international intellectual property, competition, and trade secret matters. His emphasis is on patent, trademark, and copyright prosecution, infringement litigation, licensing negotiation and trade secrets protection. He is one of the founders of Lee & Xiao.
After his clerkship with Sheldon & Mak, a 20-attorney law firm specializing in intellectual property matters with headquarters in Pasadena, California, he joined the firm in 1992, and later was promoted to become Patent Agent, then Associate Attorney and lastly Managing Attorney for the firm’s Palo Alto Office.

In December 1996, Mr. Lee joined Intel Corporation as Senior Attorney in the Intellectual Property department where he was directly responsible for trademark issues for five main Intel divisions.
Prior to embarking upon his legal career, Mr. Lee served in the U.S. Navy as a Supply Corps Officer on board the guided-missile cruiser USS Harry E. Yarnell (CG-17) based in Norfolk, Virginia where he was in charge of four service divisions and over fifty sailors. Under Mr. Lee’s leadership, his Ship’s Service Division received the Atlantic Fleet’s Best Ship’s Sales and Service Award in 1991. Mr. Lee holds the rank of Lieutenant in the United States Naval Reserve.
Mr. Lee is active in his local community. He has been appointed by the Sunnyvale City Council to serve as a Planning Commissioner for the City of Sunnyvale, which oversees all planning, building, rezoning and land use issues.

As our senior associate, Mr. Wu has extensive experience in U.S. trade and customs laws, especially in representing overseas enterprises in participating in anti-dumping new-shipper and annual administrative reviews. His prior work experience and scientific background allows him to deeply understand the client’s products and operations, as well as to provide clients with valuable legal advice. In addition to international trade and customs law, his areas of practice include corporate law, contract disputes, FDA regulations and 510(k) medical device registrations, environmental protection, immigration and commercial transactions.
Before pursuing his legal career, Mr. Wu obtained his Master of Science degree from the State University of New York and served as waste management coordinator for the school after graduation. He was also a member of Certified Hazardous Material Manager (CHMM). Equipped with his solid knowledge and extensive experience in waste management, Mr. Wu provides our clients with effective solutions to their environmental issues.

Mr. Doug Campau has been working for Lee & Xiao as contract international trade law attorney since 2006. Before joined the team Mr. Campau worked as an international trade compliance analyst for the Anti-dumping/Countervailing Enforcement offices of the U.S. Department of Commerce for four years. Equipped with his first-hand experience of the enforcement of international laws, his solid knowledge and his deep understanding of the U.S. international trade laws, Mr. Campau provides our clients with his first-class legal services. Mr. Campau’s outstanding legal analytical skills and his insights play a key role in winning many of our clients’ cases at both the administrative level and the U.S. courts.
He received his J.D. in 1994 from the University of Oregon School of Law after having graduated with a major in English from the University of Washington. He also completed the Criminal Investigator Training Program at the Federal Law Enforcement Training Center in Brunswick, Georgia, graduating with Honors.
Mr. Campau began his law career in 1995 serving as a law clerk for the King County Superior Court in Washington State, and continued to work as assistant corporate counsel for Tower Records in Sacramento, California. Mr. Campau has also served in high-ranking positions at a variety of federal government agencies, including the Senior Investigator for International Trade Administration of the U.S. Department of Commerce as well as a special agent for Office of Inspector General of the U.S. Department of Transportation. In addition to faithfully serving our clients, Mr. Campau has also generously given back to the community, serving as a research attorney for the Colorado Rural Legal Services where he represented indigently clients in a variety of civil matters.

Bar Memberships
Mr. Campau is an active member of the Washington State Bar in addition to being admitted to practice before the U.S. Court of International Trade and the U.S. Court of Appeals for the Federal Circuit.